Blue economy must be combined with integrated surveillance: minister 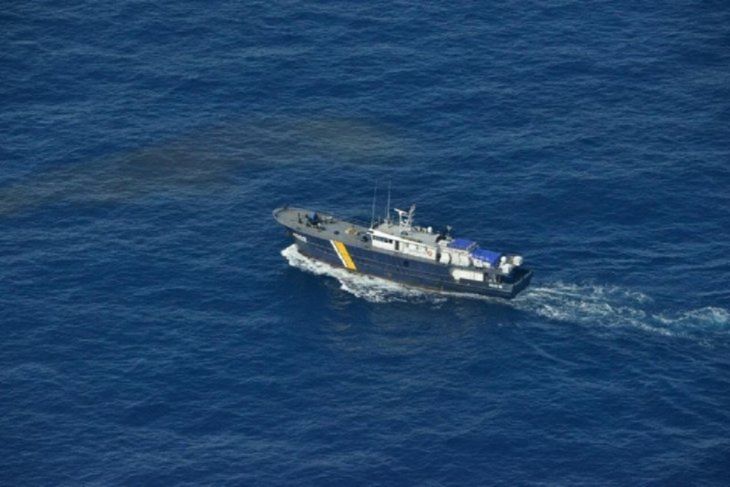 The application of blue economy in Indonesia should be combined with integrated supervision to control the management of the national marine and fisheries sector, Marine Affairs and Fisheries Minister Sakti Wahyu Trenggono has said.

“The Ministry of Marine Affairs and Fisheries will carry out integrated supervision. This is our key and preparedness for controlling Indonesia’s marine and fishery resources,” he confirmed in a press release received here on Tuesday.

In addition to an integrated surveillance system based on technology, the ministry will strengthen the surveillance fleet and improve its operations, he informed.

According to Trenggono, the ministry will also continue to strengthen surveillance synergy with other law enforcement officials and local governments.

The ministry has built technology against illegal fishing consisting of the VMS (Vessel Monitoring System), Radarsat-2 Satellite, and Cosmo Skymed, he pointed out.

These surveillance fleets act as the ministry’s “eyes” and are overseen through the Directorate General of Marine Resources and Fisheries Supervision’s Jakarta Control Center and Bali ground station, AIS (Automatic Identification System), Airborne Surveillance, as well as Warning System Geofencing, he informed.

The system is based on satellite imagery and spatial data processing, Trenggono said.

It has become a method of monitoring measurable fishing in the State Fisheries Management Area of the Republic of Indonesia (WPPNRI), he added.

The basic foundation of the blue economic policy is to prioritize ecology in developing the marine and fisheries economy, Trenggono noted.

Therefore, it is hoped that the utilization of marine and fishery resources will give precedence to aspects of sustainability, he said.

“I want to build the marine and fisheries sector into a leading sector that drives the national economy that always prioritizes ecosystem sustainability,” he added.

Regarding measurable fishing, Trenggono informed that the ministry has established quota-based fishing zones for commercial and traditional fishers. Each fishing zone will be designated as a conservation area for spawning and nursery ground, he said.

The roadmap of blue economy, healthy sea, and prosperous Indonesia was launched by President Joko Widodo on October 26, 2021.

RI refuses entry to travelers from 11 countries over Omicrom variant