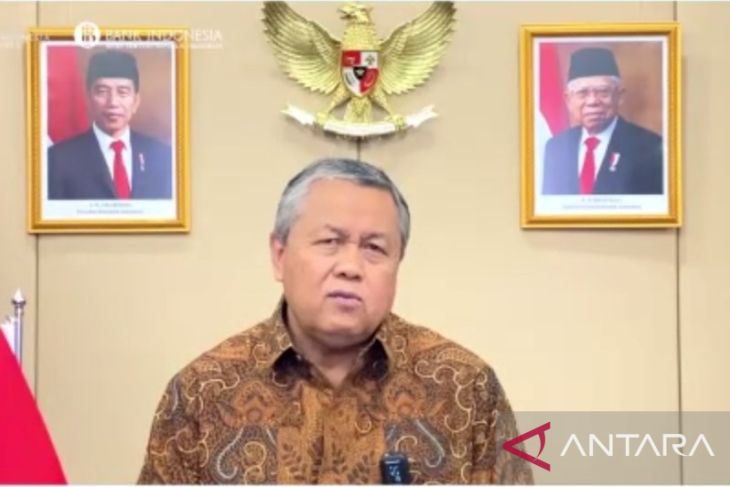 Bank Indonesia (BI) is optimistic that Indonesia will meet the global standard for both payment system infrastructure and financial markets in the near future.

Currently, the central bank is continuing efforts to make the money market infrastructure interconnected and integrated.

“This is in line with global standards, namely the Committee on Payments and Market Infrastructures (CPMI),” BI Governor Perry Warjiyo said at the launch of the “Indonesia Economic Prospects June 2022” report, which was accessed online from Jakarta on Wednesday.

The infrastructure push is one of the steps taken by the Central Bank for deepening the financial market, he added.

In addition, other policy instruments are being used to deepen financial markets to enlarge and innovate and market instruments in both the foreign exchange (forex) market as well as the money market.

Warjiyo said that BI is continuing to deepen transactions of Domestic Non-Deliverable Forwards (DNDFs) and the repo market, as well as build a pricing mechanism through IndONIA and several structures in the money market.

Another step taken to deepen the domestic financial market is the development of green financing for sustainable finance.

“We are collaborating with the government and industry on how to ensure deepening support of financial market towards green economy and green finance,” he said.

He added that the spirit of strong coordination between the government and the central bank must be continued to ensure economic stability. However, at the same time, economic growth must also be strengthened to meet the challenges of high global commodity prices.

He earlier said that the value of digital banking transactions in 2021 is estimated to have reached Rp32,206 trillion, or higher than the Rp27,036 trillion recorded in 2020.

“It seems that last year, it had reached Rp27,036 trillion, and this year, it is estimated at Rp32,206 trillion. This is much higher than our nominal GDP (gross domestic product),” he noted.

This figure is much higher than the nominal GDP, so BI will adopt a highly aggressive approach toward digitizing the payment system, Warjiyo informed.

The total digital banking transactions were supported by e-commerce transactions, which were estimated to have reached Rp253 trillion last year, and are expected to climb by 33.2 percent to touch Rp337 trillion this year, the BI Governor expounded.

Warjiyo noted that digital banking transactions were also supported by electronic money transactions that are expected to increase by 32.3 percent from Rp201 trillion in 2020 to Rp266 trillion this year.

“Some 15 banks are very aggressive in conducting digital banking,” he pointed out.