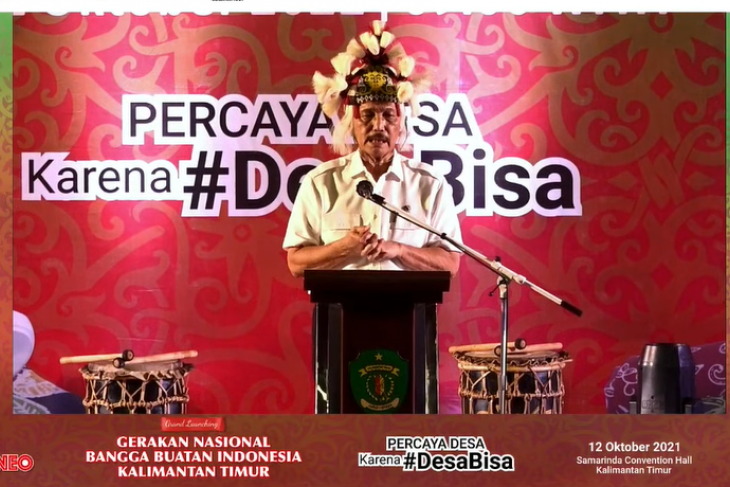 Coordinating Minister for Maritime Affairs and Investment Luhut Binsar Pandjaitan has said that the gaming industry has good prospects and needs to be developed given its potential market of Rp24 trillion.

According to the minister, this huge potential needs to be developed in order to get the maximum benefit for Indonesia.

“I think this game industry is very important. Yesterday, we had a meeting and this game seems to have a market of almost Rp24 trillion this year. We import 97 percent of this,” he said.

The government is ready to encourage the gaming industry to progress economically and to have positive content, he informed at the inauguration of ‘Proud of Made in Indonesia Products’ (Gernas BBI) East Kalimantan in Samarinda, which was accessed online from Jakarta on Tuesday.

“We will reduce the bandwidth, so everything is made domestically,” he said.

The games must have Indonesian cultural content, for example about Pancasila, togetherness, and statehood, Luhut added.

“The games must have content about Pancasila, togetherness, and the state, the 45 Constitution, and so on. It unites us,” he explained.

The coordinating minister said that games should educate children and build unity.

“The games must encourage the message of togetherness; we can live differently but we do not need to fight,” he remarked.

Earlier, deputy minister of trade, Jerry Sambuaga, had suggested that digital components, such as online games, be included in the calculation of local content requirements (TKDN).

“In accordance with President Joko Widodo’s vision, there must be an economic transformation towards Industry 4.0; we must also accelerate the growth of the digital industry. Therefore, I propose that digital products be calculated as local content requirements (TKDN) so that digital works of domestic children can be entered, recognized, and eventually used,” Sambuaga said.

The digital industry in the country is well developed and it is a very productive industry in terms of economy, employment, and so on, he added.

“Therefore, the inclusion of digital components in the calculation of TKDN will be able to accelerate the creativity of domestic children in developing the digital industry,” he remarked.