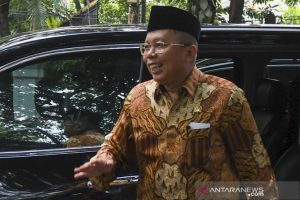 “The constitutionality of the policy is open to questions if it is really to be incorporated into law on general taxation provisions,” he noted here on Thursday.

The policy is open to a lawsuit on grounds that it runs counter to article 33, paragraph 4 of the 1945 Constitution, especially the principles of togetherness, justice efficiency, and balance of national economic unity, he remarked.

Sani stated recently that the government had relaxed the taxation policy by lowering the luxury sales tax on cars with certain categories.

“As a matter of fact, the policy benefits only a handful of people, particularly those belonging to the middle and upper class groups, who can afford to buy cars and enjoying the luxury sales tax reduction. This means the government is willing to lose one of its fiscal income sources,” he pointed out.

However, if the government imposes tax on food stuffs in exchange for the lost fiscal income source, then its commitment to social justice for the entire Indonesian nation will be worth questioning.

In addition to social justice, the policy to relax luxury sales tax on certain sectors other than those serving the interests of people at large and replace the lost fiscal income source with value-added tax on food stuffs is considered contradictory to the Constitutional norms, he remarked.

“The Constitutional norms are related to the principles of togetherness, justice efficiency, and obligation to maintain the balance of national economic unity,” he stated.

To this end, the United Development Party (PPP) politician urged the government, especially the finance ministry, to review the policy from the perspective of the state ideology and Constitution.