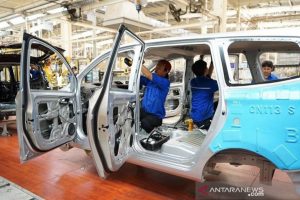 The automotive industry is a sector that contributes significantly to exports, according to the Ministry of Trade.

According to Wardhana, the automotive sector is a crucial sector that is the fifth-largest contributor to foreign exchange from exports, after steel, machinery, and electronic equipment.